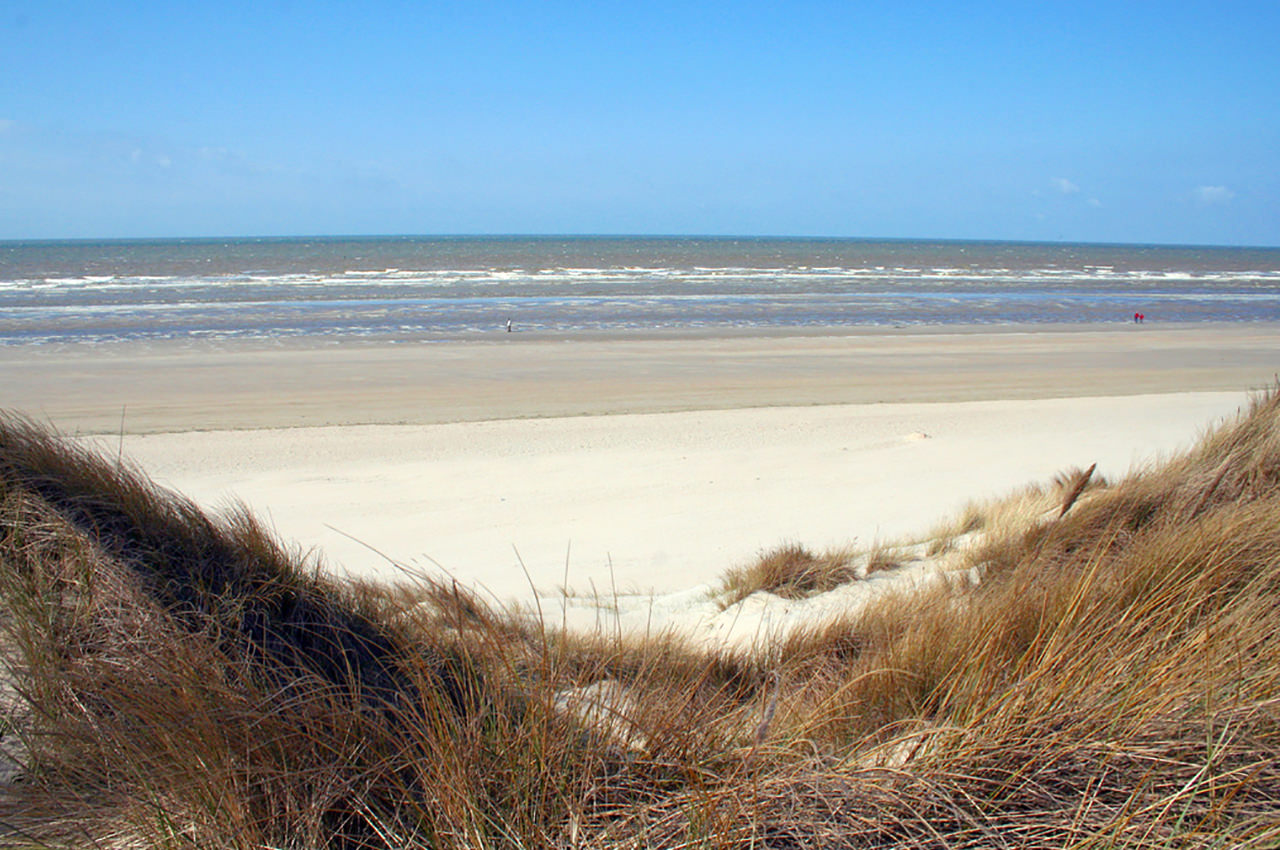 Miracle of Dunkirk & the Fight for the Channel Ports

In May 1940 the Germans conducted the ‘Blitzkrieg in the West’ and, after reaching the Channel, the Germans swung north along the coast threatening to capture the ports and trap the British and French forces before they could evacuate to Britain. Controversially the army were to halt for three days, giving the Allies time to organise an evacuation and build a defensive line. Despite the Allies’ gloomy estimates of the situation, with Britain discussing a conditional surrender to Germany, in the end over 330,000 Allied troops were rescued.

Guests are met by MHT’s Dunkirk Historian, Nick Kelso, at 09:30 at Lille Eurostar Train Station. Guests will either be on the first train out of St Pancras, London on the 15th or will have come out the evening before.

The Retreat to Dunkirk and the Rear Guard Story:

‘The Glorious Gloucesters’ – the 2nd Battalion was withdrawn from Escault 23rd May and reached Cassel on May 25th. They were to hold the western half of the town with the 1st Buckinghamshires holding the eastern half. Some platoons were sent to hold important positions, the most notable being a partly built blockhouse on the Dunkirk road held by No.8 platoon under 2nd Lieut. R.W. Cresswell. 27th May ‘A’ Company commanded by Major W.H. Percy-Hardman, went to Zuytpene village, which covered the approaches to Cassel from the west. Their orders were simple. They were to hold the line at all costs to allow the B.E.F. to be evacuated from Dunkirk.

Wormhoudt massacre site. The Wormhoudt massacre was the mass murder of 80 British and French POWs by Waffen-SS soldiers from the 1st SS Division Leibstandarte SS Adolf Hitler during the Battle of France in May 1940. After their surrender, a large group of soldiers from the 2nd Battalion, Royal Warwickshire Regiment, 4th Battalion Cheshire Regiment, and gunners of the Royal Artillery as well as French soldiers in charge of a military depot were taken to a barn, pictured below, in La Plaine au Bois near Wormhout and Esquelbecq on 28 May 1940. When there were nearly 100 men inside the small barn, soldiers from the Leibstandarte SS Adolf Hitler, threw stick-grenades into the building, killing many POWs. A total of 80 men were killed. While 15 more were wounded, their wounds were so severe that within 48 hours all but six of them had died. 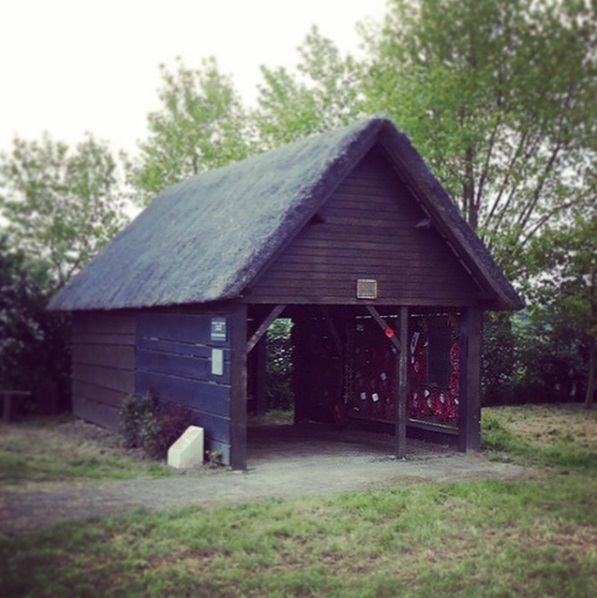 The ‘Canal Line’: During the night of the 1st-2nd June, the survivors of the rearguard were withdrawn to an inner perimeter, utilising the Canal des Moeres and the Canal des Chats as its principal defence lines to the south and east. It was these defences which were taken over by elements of the French 8th Zouaves, 137th and 150th Infantry Regiments and the 92nd GRDI. This allowed the bulk of the British rearguard to be successfully evacuated on the night of the 2nd and 3rd of June.

Christopher Furness VC action: On 23 May the platoon was ordered to cover the withdrawal of the transport (over 40 vehicles) to Douai. Early on 24 May the enemy were advancing along the road where the transport columns were moving and Lieutenant Furness decided to attack. He reached the enemy position under heavy fire and when the light tanks and all the carriers and their crews had become casualties he engaged the enemy in hand-to-hand combat until he was killed. His fight against hopeless odds made the enemy withdraw temporarily and enabled the vehicles and survivors to get clear.

CWGC: Our last stop of the day gives us time to reflect at the Commonwealth War Graves Cemetery. Overnight we stay in Dunkirk.

La Panne Beach: Wednesday 29th May it was considered to build piers on the beaches to facilitate embarkation, using lines of barges; but reports from ships that worked off the beaches showed that the very gradual shoaling of the water at all states of the tide would necessitate such piers being inordinately long, and beyond the resources available. Sub-Lieut. Crosswell joined up with the Army Staff controlling evacuation – there was no other naval officers at La Panne. About 2300 he requested that piers should be built but was told nothing could be done that night, Lord Gort arrived on the beach on Thursday morning (30th May) and asked what could be done to assist. Piers were suggested and under Colonel Porter’s direction this was begun, the pier at La Panne being ready and in use at 1400. Friday, 31st May work was commenced on a second lorry pier at La Panne by Lieut. Greatwood RN and the 12th Lancers who had been marshalling the beaches for the past 24 hours. The piers were built by engineers from 38th Field Company (5th Division) and 1st Division. 59th Field Company assisted 38th (they were 4th Div). By 1300hrs the XII Royal Lancers had taken over and re-organised three embarkation points. They then assisted in the collection and forming up of M.T. vehicles as a jetty on the sands and into the sea from which it would be easier to embark troops. Parties were also sent off to collect folding boats and rope from abandoned RE vehicles and those entering the bridgehead so that boats on endless ropes could be arranged to overcome the lack of watermanship in the troops embarking. The miracle was underway.

Gort’s Headquarters: in La Panne opposite the Town Hall is the building , no 16-18 Zeelaan, which was General Gort’s last headquarters before he was evacuated back to England. The General stayed in the room behind the first floor bay window during the critical period of the operation. It proved an ideal location as there was a telephone cable running from the corner building direct to England.

Bray Dunes & Beach: we visit the beach whose images of men queuing in line to await their turn of embarkation will stay long in the minds of many who think of the words Dunkirk and Operation Dynamo. As well as the iconic beach we also visit the dunes where they sheltered and where many died. We can still see wrecks on the beach today. 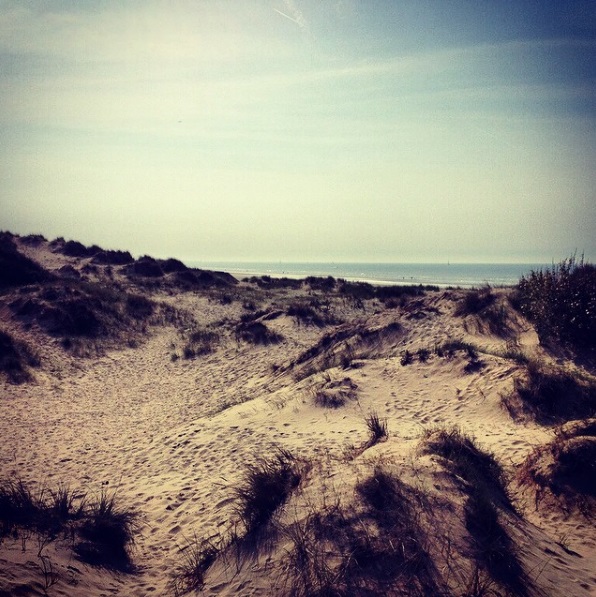 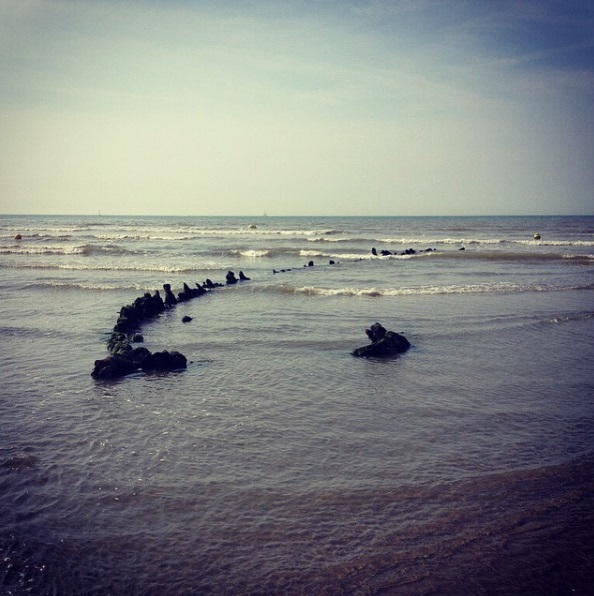 De Panne CWGC: De Panne village was the site of the final General Headquarters of the BEF in 1940 but also a Casualty Clearing Station on the beach, which was an embarkation beach for the evacuation. From 27 May to 1 June 1940, the Germans strove to prevent the embarkation of the troops by incessant bombing, machine-gunning and shelling. The first German troops reached the village between 14.00 and 15.00 hrs on 31 May, and after heavy fighting, the commune was completely occupied by about 9.00 hrs on 1 June. The Commonwealth plot in the communal cemetery was specially constructed by the local authorities in August 1940, so that the Commonwealth graves might all be together. More than 200 of the burials were moved by the Belgians into this plot from other locations in the cemetery and from scattered sites on the beaches and roads of the commune. The remainder were casualties later washed ashore, airmen shot down by the Germans, and others who lost their lives at the time of the liberation in 1944.

Dunkirk CWGC & Memorial, Beach, the East Mole and Museum: The Dunkirk Memorial stands at the entrance to the British War Graves Section of Dunkirk Town Cemetery, which lies at the south-eastern corner of the town of Dunkirk, immediately south of the canal and on the road to Veurne (Furnes) in Belgium.  The two concrete moles protecting the outer harbour at Dunkirk played a significant part in the evacuation of the troops. The harbour had been made unusable by German bombing and it was clear that troops were not going to be taken directly off the beaches fast enough. Naval captain W. G. Tennant had been placed ashore to take charge of the navy shore parties and organise the evacuation. Tennant had what proved to be the highly successful idea of using the East Mole, pictured below,  to take off troops. The moles had never been designed to dock ships, but despite this, the majority of troops rescued from Dunkirk were taken off in this way. The Museum is located in the fortifications that were built in 1874 to reinforce France’s coastal defence. Bastion 32 served as the headquarters for the French and Allied forces during the Battle of Dunkirk and Operation Dynamo. In the museum, you will discover a rich exhibition of maps, pictures and both allied and German military material. Scale models of the sites of the operation, uniforms and weapons complete the collection. A film using dramatic period footage also captivates visitors. Overnight we stay in Dunkirk. 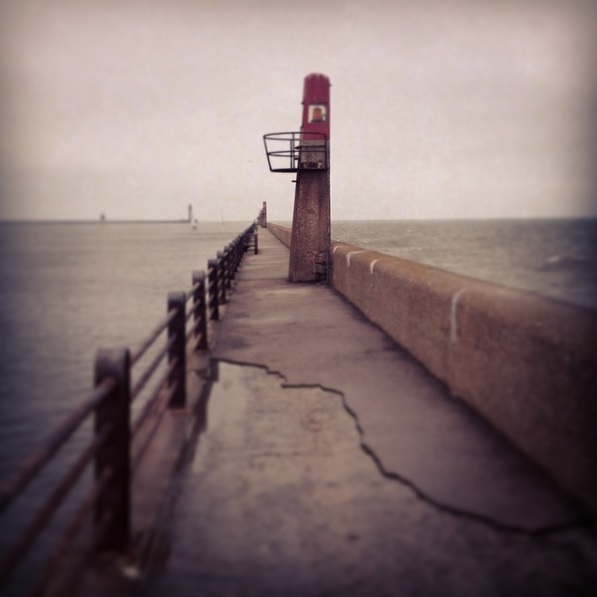 Channel Ports: It is argued by some historians that it was also the actions of the Allies elsewhere that enabled such a high number of men to get off the beaches at Dunkirk. One such battle took place just a few miles west along the coast at Calais.

Calais: The Battle of Calais took place between 22-26 May 1940 and was a battle for the port and town of Calais during the Battle of France in 1940. The siege was fought at the same time as the Battle of Boulogne, just before Operation Dynamo, the evacuation of the British Expeditionary Force (BEF) through Dunkirk. After the Franco-British counter-attack at the Battle of Arras (21 May) German units were held ready to resist a resumption of the attack on 22 May, despite the protests of General Heinz Guderian, the commander of the XIX Armee Korps, who wanted to rush north up the Channel coast to capture Boulogne, Calais and Dunkirk. An attack by part of the XIX Armee Korps was not authorised until 12:40 p.m. on the night of 21/22 May.

By the time that the 10th Panzer Division was ready to attack Calais, the 30th Motor Brigade and the 3rd Royal Tank Regiment(3rd RTR) from England, had reinforced the French and British troops in the port. On 22 May, the British troops had established roadblocks outside the town and French rearguards skirmished with German armoured units, as they advanced towards Calais. British tanks and infantry had been ordered south to reinforce Boulogne but were too late. They then received orders to escort a food convoy to Dunkirk but found the road blocked by German troops. On 23 May, the British began to retire to the old Calais walls (built in the 1670s) and on 24 May, the siege began. The attacks by the 10th Panzer Division were mostly costly failures and by dark, the Germans reported that about half their tanks had been knocked out and a third of the infantry were casualties. The German attacks were supported by the Luftwaffe and the Allied navies delivered supplies, evacuated wounded and bombarded German targets around the port.

On the last day of our trip we visit the scene of the defence line at the canals, the war museum, the CWGC Calais and the rear guard actions at the fort before ending the tour at the Calais Memorial which overlooks the location of the last Bastion to be over run as the men at their barricades ran out of ammunition. At Calais their backs were to the wall, there was no evacuation, it was a ‘last man last round’ battle scenario.

After a late lunch in Calais we make our way back to Lille Eurostar station arriving at 17:00 ready for guests to catch their early evening trains back to St Pancras, London.