The Battle of Kursk was a Second World War engagement between German and Soviet forces on the Eastern Front near Kursk (450 kilometres or 280 miles south-west of Moscow) in the Soviet Union during July and August 1943. The German offensive was code-named Operation Citadel (German: Unternehmen Zitadelle), The Germans hoped to weaken the Soviet offensive potential for the summer of 1943 by cutting off a large number of forces that they anticipated would be in the Kursk salient. The German offensive led to one of the largest armoured clashes in history, the Battle of Prokhorovka. The German offensive was countered by two Soviet counter-offensives, Operation Polkovodets Rumyantsev (Russian: Полководец Румянцев) and Operation Kutuzov(Russian: Кутузов). For the Germans, the battle was the final strategic offensive that they were able to launch on the Eastern Front. Their extensive loss of men and tanks ensured that the victorious Soviet Red Army enjoyed the strategic initiative for the remainder of the war. 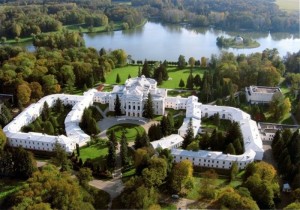 At Marino we have a tour of the palace and park complex “Marino”. The palace was built as the main residence of the princely family Baryatinsky, ancient Russian noble family, and was conceived as a symbol of dignity and grandeur of the princely family. Until now, there has remained a magnificent stucco ceilings, marble fireplaces, pristine parquet, antique furniture items. The landscaped park today there are about 180 different species of trees.

Tour of the ancient city of Rylsk (first mentioned in the chronicles under the year 1152), to keep the atmosphere of the old county town merchant

Sightseeing to Ivan of Rila Mountain – place of the city’s founding, the Assumption (1811) and Basil (1822). Temples with the highest 50-meter bell tower, Church of the Ascension (1866), home where the Russian rulers Peter the Great and Alexander I, the house of Prince Shemyaka, shopping ranks 18th and 19th centuries, the mansions of the richest merchants of Rila – Shelikhov, Filimonov, Vykhodtsev and others, the monument “Russian Columbus” discoverer “Russian America” ​​GI Shelikhov, filming location of the Soviet film “Die Hard” 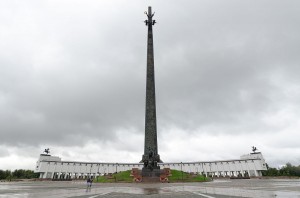 Drive to Svoboda for lunch

Excursion to a functioning monastery: Kursk Root Nativity of the Mother of Deserts with a visit to Temples and holy springs. This is one of the oldest Russian monasteries (16th century) built on the site where more than 700 years ago was situated one of the most important shrines of the Orthodox world – Kursk Root Icon of the Mother of God “The Omen”

A Memorial to the Battle of Kursk in the village Yakovlev (tankers monuments, gunners, pilots, the Temple of St. George, the Armenian Khachkars, Muslim Kaaba)

Excursion in a museum “Third battlefield of Russia”. Visiting the memorial temple of Peter and Paul

Tour of the Prokhorovka field, where the July 12, 1943 held the largest tank battle

Sightseeing tour of the capital Belogoriya: Cathedral Square, Drama theater, monument, MS Shchepkin, Holy Trinity Boulevard, the eternal fire, an area three museums, Victory Park, a monument to the Afghans, the Transfiguration Cathedral with the relics of St. Iosaf Belgorod and an icon of St. Nicholas PATH, which about 500 years old; a panoramic area with great views of the city, the monument of St. Vladimir Equal to the Apostles, the campus, the embankment of the river Vezёlka.Ekskursiya museum-diorama “Kursk Bulge. Belgorod direction. “

After breakfast we have our final debrief and a chance for one last look around central Kursk before leaving for the airport to catch lunchtime flights.