The Battle of Stalingrad (August 23, 1942 – February 2, 1943) was a major battle for control of the city of Stalingrad in the southwestern Soviet Union. Marked by constant close quarters combat and disregard for military and civilian casualties, it is among the bloodiest battles in the history of warfare. The heavy losses inflicted on the Wehrmacht make it is arguably the most strategically decisive battle of the whole war – the German forces never regained the initiative in the East and withdrew vast military forces from the West to reinforce their losses.

Guests are met by MHT’s Mikhail Shuvarikov at Volgograd either late morning at the airport if they are flying down from Moscow on the breakfast time flight or slightly later at our central Volgograd hotel if flying down the night before. We transfer by private coach to our hotel before having lunch.

In the afternoon we have our initial tour briefing before going on a walking tour to set the scene for the trip and see the Square of Fallen Fighters, the Alley of Heroes of Stalingrad and the WW2 Eternal Flame.

We drive to the memorial complex “To the Heroes of the Battle of Stalingrad” at Mamayev Hill – main height #102.0 including a visit to all the main sights including the ‘Mother Russia Calls” monument, the Univermag Department Store, the tree that survived the battle, the memorial of the 3 Heroes of the Soviet Union, dozens of mass graves of Soviet/Russian soldiers, the street of Chuikov, Central Embankment of 62nd Army, Cenral River port and the place of the Volga Crossing, line of defence of 62nd Army/Stalingrad front in the city, memorial to the civilian victims of bombardment of 23rd of August 1942, memorial to Komsomols, Square and memorial of Vladimir Lenin, Pavlov’s House defended for 58 days which was marked on the personal map of Friedrich Paulus as a fortress, the Hall of Glory, Not a Step Backwards Memorial, symbolic Ruined Walls and buildings that survived the battle with the damages from the fightings still visible.

Visit to the museum “Memory” which was the last Headquarters of the 6th German Army and a place of General Field Marshall Friedrich Paulus’s surrender in the basement of Univermag – central department store.

Grain elevator. During the Battle of Stalingrad, one particularly well-defended Soviet strong point was known simply as “the Grain Elevator” and was strategically important. This imposing building in the southern part of Stalingrad became a graveyard for hundreds of soldiers on both sides in September 1942 when the Germans tried to take it and in January 1943 when the Russians retook it.

Visit to the panoramic-museum “The Battle of Stalingrad” and exhibition “Weapon of Victory” out in the open air. This is one of the biggest WWII museums in the world with hundreds of unique exhibits, including Zaitsev’s sniper rifle and a huge panoramic canvas.

We drive out to the Rossoshka reconciliation ensemble which is 35 km outside the city and is an impressive memorial of the two former enemies now seeking for reconciliation: We visit both Soviet and German military cemeteries. Here you will see the rest of German blindages, trenches and will have chance to find some souvenirs. We visit the Gumrak railway station on the way to Rossoshka.

We have a tour to the Soldiers’ Field on the outskirts of the city with its touching story about the girl who never received her father’s last letter. The sight is also a perfect view of the city defence line. The main composition of the memorial is a bronze sculpture of a girl who rushes to the common grave of Soviet soldiers, whose remains were found in mine field. In the center of the memorial – a funnel in the form of a five-pointed star, which rises from the bottom of “explosion” of cemented shells and shrapnel bombs, shells and mines. It is a symbol of the last explosion of the second world war. On the back way visit of the Gorodishche settlement and its church where during the battle Germans had one of their hospitals. The damaged walls of the church speak for themselves.

In the afternoon we tour the northern part of Volgograd with a visit to the factory area. This is made up of three factories: the Red October factory, the Barrikady gun factory and the Tractor Plant. The final German attack in this area was followed by the Russian counter-attack in November 1942. On the main square of the Tractor factory you will see the monument to the founder NKVD Felix Dzerzhinsky and also the last legendary T-34 tank which was manufactured here. Near the Red October Factory you will see the defence line which nowadays marked with 19 tank turrets in the city. All this makes clear how close were the Germans to the Volga.

Afterwards we visit Lyudnikov’s Island. This island was a small piece of land held by Lyudnikov’s 138th Rifle Division in November 1942. The Division was surrounded for 40 days by the enemy on three sides and from the fourth side by the Volga river. So this little scrap of land, 700 meters wide and 400 meters in depth, entered the history of the Battle of Stalingrad as Lyudnikov’s Island. The whole story is incredible but true. The ruins of the Divisional Command Oost still remain behind the Barrikady Gun factory.

We end the day by visiting souvenir and antique stores before returning to the hotel.

We drive out to Kalach-on-Don, the City of Military Glory, which is 80 km from Volgograd. Here the encirclement of the German troops was completed on 23rd November 1942. The tour includes visiting the battlefields outside the city and will be finished on the Don Heights near memorial tank Josef Stalin. If time permits we will pay a visit to Golubinskiy village where the 6th Army had it’s Headquarters before encirclement.

After a late lunch we get out on the mighty river Volga. A pleasant boat trip on the longest and widest river of Europe helps bring the entire tour together as one can see just how close teh Germans clame to pushing the Russians to the rivers edge.

After a last opportunity to pick up some souvenirs and take some photos of the city we make our way back to the airport by private transfer ready to catch the late morning flights bakc to Moscow to either fly back home that afternoon, stay on in Moscow or make the connecting train journey to Kursk for our Battle of Kursk tour. 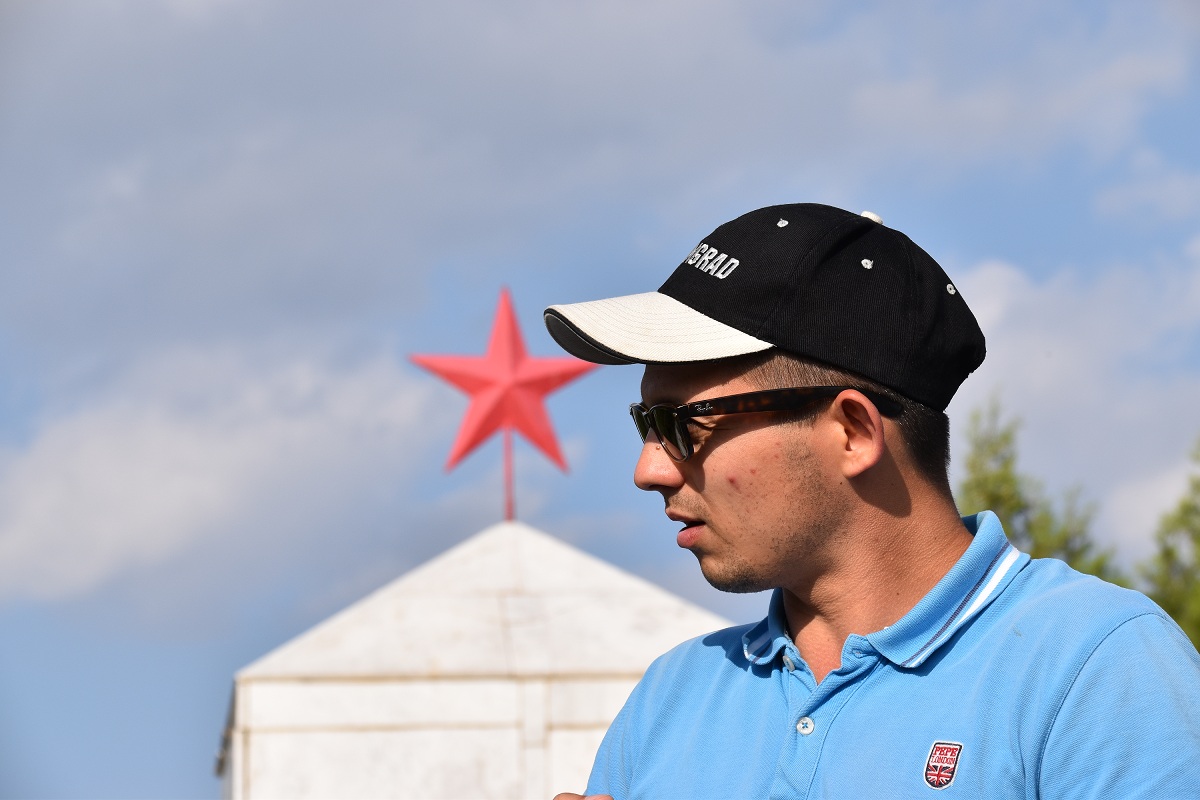 MHT’s Mikhail Shuvarikov is a native of Volgograd and he and his family have been guiding the Stalingrad battle for many, many years and are perhaps the most highly respected of all Stalingrad Battle Historians who truly bring the epic battle to life.