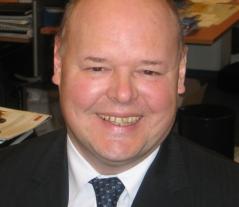 Nick is a Brit who lives with his family in the Netherlands – the perfect location to be the MHT Operation Market Garden expert.

A History & Philosophy graduate from Lancaster University (1984) he is Author of “Errors of Judgement” Hale 1988 – SOE’s disaster in the Netherlands and has an extensive knowledge of the battle of Arnhem & Operation Market Garden. Nick has led many tours for guests from all over the world, including veterans and their families, and has also lectured for the British Army.

Nick’s interest in the liberation of the southern Netherlands was first sparked by his experiences as a youngster in the 1970’s when the remarkably enthusiastic reception he received as a ‘British boy’ from the local Dutch of all ages started him asking questions about why this should be so. This lead to him walking the battlefields of 1944 and in those days as Nick says ‘the veterans whether British, American, Canadian, Dutch or Polish were only middle aged’.

Nick’s other area of expertise is Dunkirk and leads the MHT Dunkirk and Operation Dynamo Trip.

Nick’s other interests include skydiving – he was taught to parachute by ex members of the parachute regiment – and mountaineering. Nick is also a member of the Alpine Club.

Nick’s philosophy for guiding touring fits in perfectly with the MHT ethos – to provide the human angle at all times.  In his own words he attempts ‘to explain in an objective historical fashion, what happened and why, and in particular try and provide some idea of what it was like for those who had to make it happen.’