The Channel Islands were occupied by Nazi Germany for much of World War II, from 30 June 1940 until the liberation on 9 May 1945. On this trip we explore the Bailiwick of Jersey – a British Crown dependencies in the English Channel near the coast of Normandy. The Channel Islands were the only part of the British Isles to be invaded and occupied by German forces during the war.  The Occupation tale  is an extraordinary one of much resistance and some collaboration.  It also gives a fascinating insight into how the forces of the Third Reich would have behaved in mainland Britain. 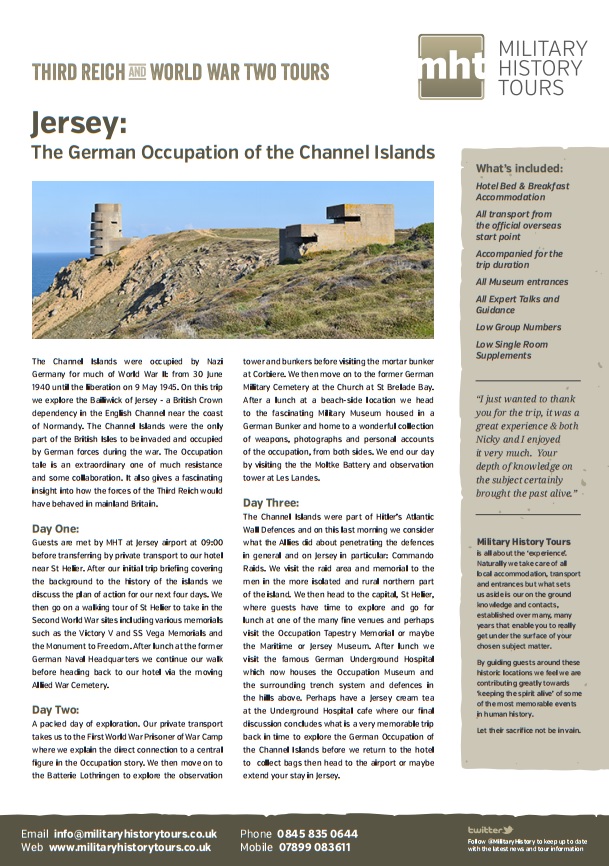