Before the Great War the British regular army was very small in comparison with those of its European neighbours. The army’s main role was policing of the British Empire and the traditional armed strength lay in the Royal Navy. On 4 August 1914, almost half of the British Army was overseas and in the last days of peace four infantry divisions were commited to the Expeditionary Force going to France. They mobilized to plan and moved swiftly into position and first encountered the enemy at Mons on 23 August 1914. The Germans received theire first bloody nose which resulted in the following comment by Walter Bloem, Res Capt, 12th Brandenburg Grenadier Regiment, in his autobiographical work ‘Vormarsch’:

“Our first battle is a heavy, unheard of heavy, defeat, and against the English – the English we had laughed at.”

These men became known as “The Old Contemptibles” and their story is celebrated in our 100th Anniversary Trip. 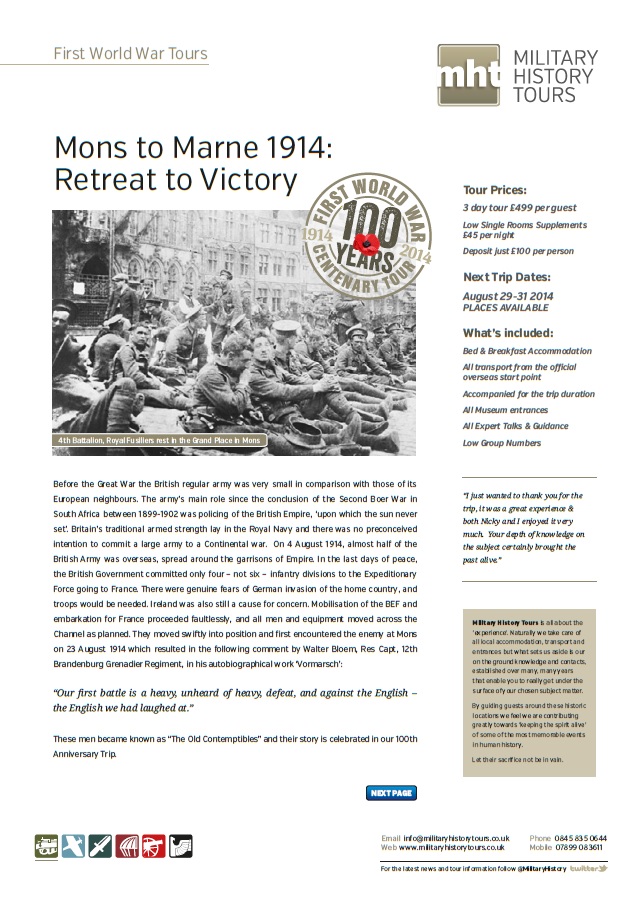