Stalag Luft III, known to many as “The Great Escape” Camp was the vast POW Camp for Allied Airmen cut out of a thick forest in Upper Silesia, then in the East of Germany now in Poland and located 100 miles southeast of Berlin. The site was selected because it would be difficult to escape by tunneling given the sandy sub soil – however, the camp is best known for two famous prisoner escapes that took place there by tunneling: The Great Escape and The Wooden Horse Escape. We explore camp life as well as dozens of escapes attempts made by the POWs.

Guests are met by MHT at 09:00 at Berlin’s Central Train Station, Hauptbahnhof. We then take you on a short walking tour of Third Reich Berlin so as to make the most of the couple of hours we have before our train heads East to modern day Poland. In Berlin one of the places we will visit is the location of the Gestapo Headquarters on Prince Albrecht Strasse where Jimmy James was held following his capture after the Great Escape and before his subsequent transferral to Sachsenhausen Concentration Camp, north of Berlin. Unknown to James at the time 50 of his colleagues were in the process of being murdered, a story we will explore in great detail on the tour.

Arriving by train in Zagan, Poland (formerly Sagan, Germany) is the perfect way to appreciate the location of the camp. It was sited close to a major East/West rail junction that allowed the transport of prisoners not just in the Second World War but the First World War too. In many ways the train station has changed very little since the war. Due for major refurbishment each time we go one wonders if it is the last time we will see what the POWs saw back in the war. We explore the train station and its immediate vicinity and we discuss what it was like for the prisoners when they were transferred to Stalag Luft III by train.

We then transfer by taxi to our hotel about 3km away and settle in to a location which has very close ties to the war time era…. more details when you arrive. After check in the is a chance to refresh before meeting for dinner to eat, drink and reflect on the first day’s activities.

After breakfast we transfer by taxi to the POW museum located beyond Stalag Luft III and its sister Camp Stalag VIIIC. Outside the museum we will see a tunnel section recreated to reflect the famous “Harry” tunnel of The Great Escape fame which, if you are small enough, you can go down. In addition there is a “Goon Box” Guard Tower to climb and a half length recreation, by the RAF, of a POW wooden hut. This building houses various exhibitions connected to POW life at Stalag Luft III which we will see. Inside the main museum building we see a short film made by the museum before spending time looking all the fascinating WW2 artefacts that have been on site since the war as well as information about the POWs and their ‘jailers’.

When we have finished at the museum we will walk through Stalag VIIIC to get to Stalag Luft III. The camp was built in September 1939 to house several thousand Polish prisoners from the German September 1939 offensive. In a ruthless breach of the Third Geneva Convention most of these prisoners were deprived of their POW status in June 1940 and transferred to labor camps. French and Belgian soldiers taken prisoner during the Battle of France took their place, many of them from Algeria, Morocco and Senegal. In 1941 more prisoners arrived from the Balkans Campaign mostly British, Canadian, Greek and Yugoslav. These were followed by Soviet prisoners from Operation Barbarossa. In late 1941 nearly 50,000 prisoners were crowded into space designed for one third that number. Conditions were appalling, starvation, epidemics and ill-treatment took a heavy toll of lives. By early 1942 the Soviet prisoners had been transferred to other camps, particularly to Stalag VIII-E, Neuhammer. In mid-September 1943, further numbers of British, ANZAC, and South African prisoners began to arrive by train from Italy. Most of these men had been previously been captured during the course of the Western Desert Campaign in North Africa, and had since been detained in Mussolini’s Italy. However, upon news of the Italian armistice, German forces were directed to seize administration of the Italian prison camps, and within weeks, began the process of entraining allied POWs for transfer north, into Germany; many were sent to Stalag VIIIC.

We then arrive at the Stalag Luft Compounds. On Day Two we explore the South, West and North Compounds. Different compounds were opened by the Germans at different times and housed, on the whole, different nationalities. At the compounds we discuss the layout of each and the facilities common to all such as the lay out of wooden barracks, the construction and configuration of the barracks, the fences, trip wire, washrooms and shower blocks, fire pits etc. We explain and discuss not only the camps history and structure but also how the POWs spent their time there, what life was like from day to day. We hear about all the key POW personalities as well as the German ones who tried so hard not to lose them. We discuss numerous escape attempts and escapes themselves and of course we then go on to explain in detail the famous “Tom”, “Dick” and “Harry” tunnels connected with The Great Escape. To see these is very stirring and after we explore the Vorlager which houses the large Sick Bay connected eith the famous “Harry” tunnel we spend some time discussing The Great Escape. We trace the route of the tunnel before ending at the memorial at its exit before walking through the woods heading for the train station, as the POWs did on the night of The Great Escape. At the station we explain why the station route went wrong for so many as they were caught out by the Air Raid shelter blocking their way – the shelter whose existence we discovered a few years ago and shed light on this tragic part fo the tale. A moving day is ended a short walk away and outside the camp at the small cemetery where other POWs were buired. Here there is a memorial the POWs build to the murdered 50 airmen. After paying our respects we transfer back to our hotel by taxi where we have a chance to unwind and discuss the day’s events over a good meal. For the more adventurous late at night there is an opportunity to go back up to “Harry” on the night of the escape anniversary.

After a hearty breakfast we travel by taxi to the train station. Here we go into detail about how the POWs would arrive at the camp. We follow their route along the tracks to enter into the camp system via the oldest part of the camp, the East Compound. Before we enter we see the famous Grain Store, still used today, and the location of the German Labour Service camp, whose buildings are still there. We then go through the East Compound entrance and into the Vorlager. We spend time at the East Compound discussing the famous Wooden Horse Escape before crossing into the Centre Compound (known as the NCOs compound). We then head into the large German administrative area called the Kommandantur where there are lots of German Camp remains to see. Finally we end up next door in the North Compound on the perimeter road by the Harry Exit. We walk back to the train station where, after collecting our luggage from the hotel by taxi, we are able to have lunch before heading back to central Berlin to arrive by train early evening.

To visit Stalag Luft III on the anniversary of The Great Escape, as we do every year, is a very moving experience and one we very much hope you wish to share with us.

As 2019 is the 75th Anniversary of The Great Escape there will be official commemorations which, when details are released, we will work in to our itinerary. 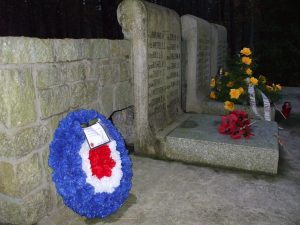 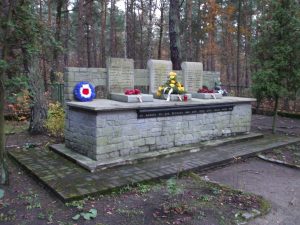 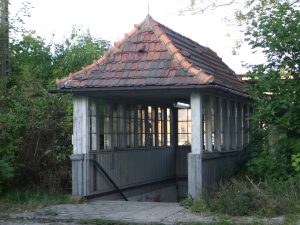 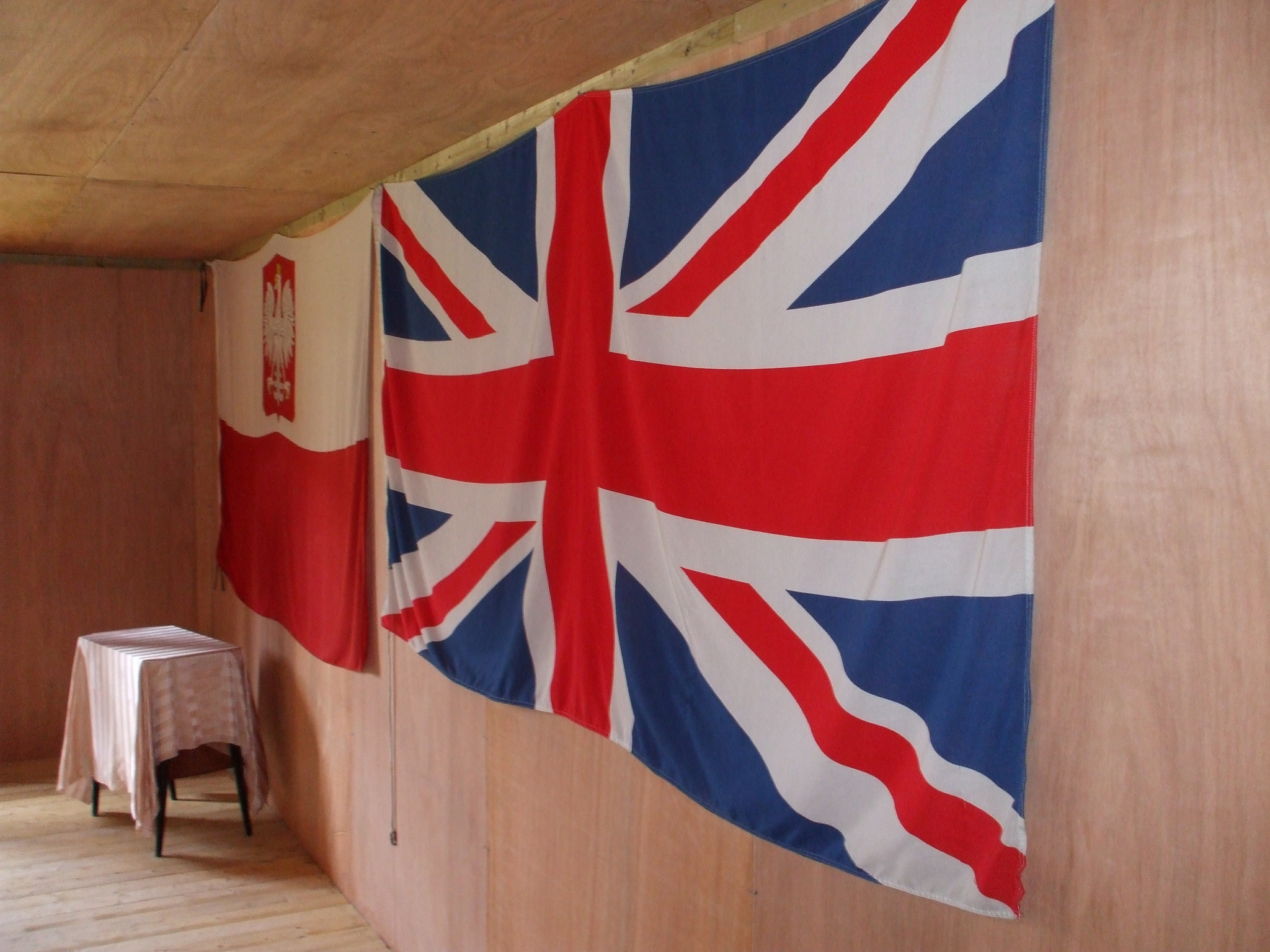 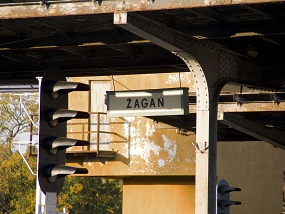 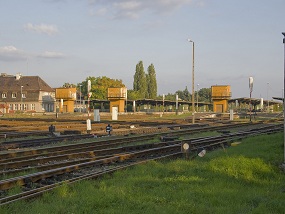 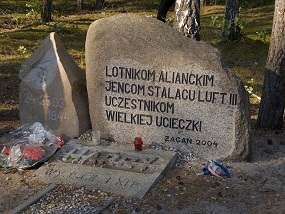 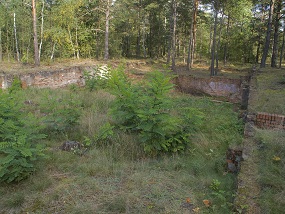 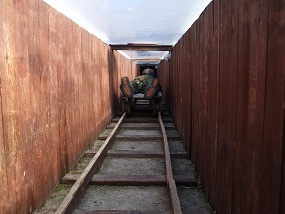 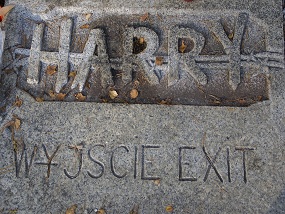 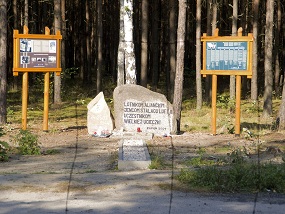 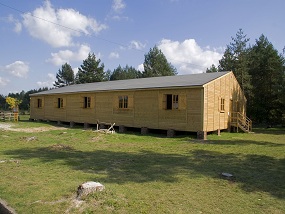