“Russian Revolution” is the collective term for a pair of revolutions in Russia in 1917, which dismantled the Tsarist autocracy and led to the eventual rise of the Soviet Union. The Russian Empire collapsed with the abdication of Emperor Nicholas II, and the old regime was replaced by a provisional government during the first revolution of February 1917 (March in the Gregorian calendar; the older Julian calendar was in use in Russia at the time). In the second revolution that October, the Provisional Government was removed and replaced with a Bolshevik (Communist) government – an event that shook the world.

Our Hotel, the 5 star Corinthia on Nevsky Prospect, brings an air of Imperial Russia to our trip 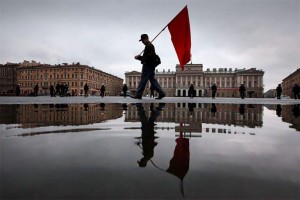 General tour of the museum (1 hour). Walk from the October Staircase used by the revolutionaries to storm the building to the White Dining Room where the Provisional Government was arrested. Short walk through the private rooms of the Royal Family. Visit to the Political Police Museum.

12. 00 Walk to the Field of Mars. Stops at the site of Uritsky’s assassination, attempt of the life of Alexander II, the house where Grand Duke Michael signed his abdication in March 1917. Stop at the Eternal Flame on the Field of Mars where the victims of the February Revolution were buried, as well as several prominent Bolshevik leaders. Story of the Ambassadors’ Plot. 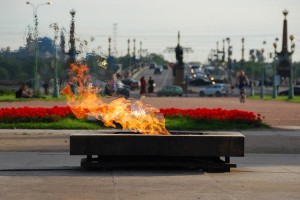 14.30 Tour of the Political History Museum.

09.00 Meeting at the hotel. Departure to the Elizarov’s Apartment Museum

11.00 Departure to the Kirov Museum

09.00 Meeting at the hotel. Metro ride and walk to the Taurida Palace, which housed the Russian Dumas before February 1917 and then both the Provisional Government and the Petrograd Soviet of Workers’ and Soldiers’ Deputies.

12.00 Walk to the Smolny Palace, visit to Lenin’s office and living rooms, and the Conference hall where the 2nd Congress of Soviet elected the first Bolshevik Government.

14.30 Visit to Lenin’s apartment-museum at the 10th Sovetskaya Street.

15.30 Bus ride to Vosstaniya square, where the February revolution started. Tour of the Plostchad Vosstaniya metro with revolutionary images and bas-reliefs on the walls. Metro ride to the hotel.

Day 5 WALK
POST REVOLUTION
09.00 – 12.30 Walk to the former NKVD HQ, now the FSB HQ, short stop at the building. Stop at the monument to the Victims of Political Repressions and the monument to Anna Akhmatova.
12.30 – 13.30 Lunch
13.30 – 15.30 2-hour walking tour through the backstreets which will take them to the parts of the center tourists don’t normally see.
15.30 free time to explore

The February Revolution (March 1917) was a revolution focused around Petrograd (now Saint Petersburg), then capital of Russia. In the chaos, members of the Imperial parliament or Duma assumed control of the country, forming the Russian Provisional Government. The army leadership felt they did not have the means to suppress the revolution, resulting in Nicholas’ abdication. The Soviets (workers’ councils), which were led by more radical socialist factions, initially permitted the Provisional Government to rule, but insisted on a prerogative to influence the government and control various militias. The February Revolution took place in the context of heavy military setbacks during the First World War (1914–18), which left much of the Russian army in a state of mutiny.

A period of dual power ensued, during which the Provisional Government held state power while the national network of Soviets, led by socialists, had the allegiance of the lower classes and the political left. During this chaotic period there were frequent mutinies, protests and many strikes. When the Provisional Government chose to continue fighting the war with Germany, the Bolsheviks and other socialist factions campaigned for stopping the conflict. The Bolsheviks turned workers militias under their control into the Red Guards (later the Red Army) over which they exerted substantial control.

In the October Revolution (November in the Gregorian calendar), the Bolshevik party, led by Vladimir Lenin, and the workers’ Soviets overthrew the Provisional Government in Petrograd and established the Russian SFSR, eventually shifting the capital to Moscow in 1918. The Bolsheviks appointed themselves as leaders of various government ministries and seized control of the countryside, establishing the Cheka to quash dissent. To end Russia’s participation in the First World War, the Bolshevik leaders signed the Treaty of Brest-Litovsk with Germany in March 1918.