The Allied bombing of Hamburg during World War II included numerous strategic bombing missions and diversion/nuisance raids. As a large port and industrial centre, Hamburg’s shipyards, U-boat pens, and the Hamburg-Harburg area oil refineries were attacked throughout the war.

The attack during the last week of July 1943, Operation Gomorrah, created one of the largest firestorms raised by the Royal Air Force and United States Army Air Forces in World War II, killing 42,600 civilians and wounding 37,000 in Hamburg and virtually destroying most of the city. Before the development of the firestorm in Hamburg there had been no rain for some time and everything was very dry. The unusually warm weather and good conditions meant that the bombing was highly concentrated around the intended targets and also created a vortex and whirling updraft of super-heated air which created a 1,500-foot-high tornado of fire, a totally unexpected effect. Various other previously used techniques and devices were instrumental as well, such as area bombing, Pathfinders, and H2S radar, which came together to work with particular effectiveness. An early form of chaff, code named ‘Window’, was successfully used for the first time by the RAF – clouds of shredded tinfoil dropped by Pathfinders as well as the initial bomber stream – in order to completely cloud German radar. The raids inflicted severe damage to German armaments production in Hamburg. 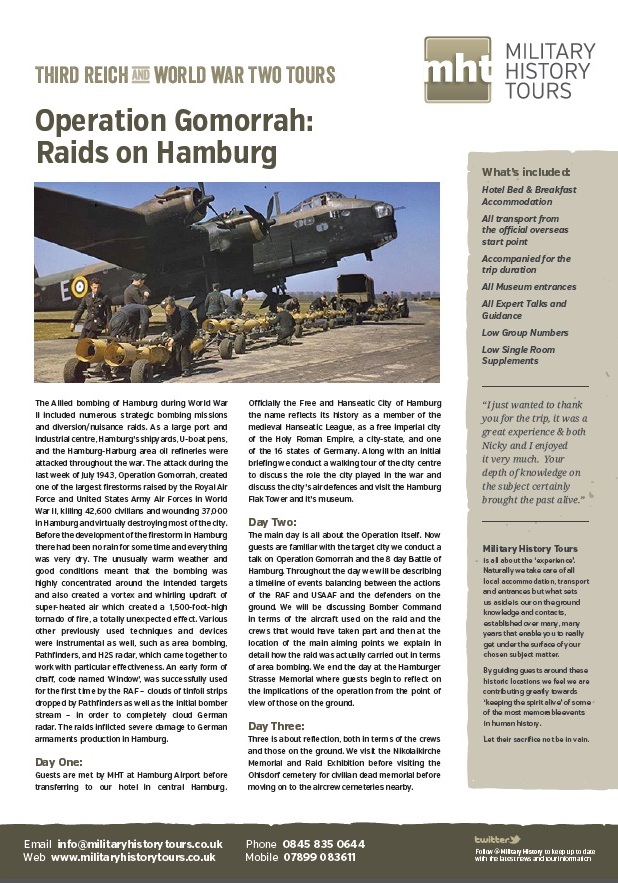