Operation Chastise – better known as the Dambusters Raid – was an attack on the mighty Dams of the Ruhr Valley, the industrial heartland of Nazi Germany. It was here on the night of May 16/17 th 1943 Wing Commander Guy Gibson led the brave men of 617 Squadron in their quest to drop the pioneering “bouncing bombs” designed by scientist Barnes Wallis. 144 young men took off from RAF Scampton, 56 failed to return, 3 being taken prisoner, 53 making the ultimate sacrifice. On this trip MHT pays tribute to the ingenuity and bravery of all these men. 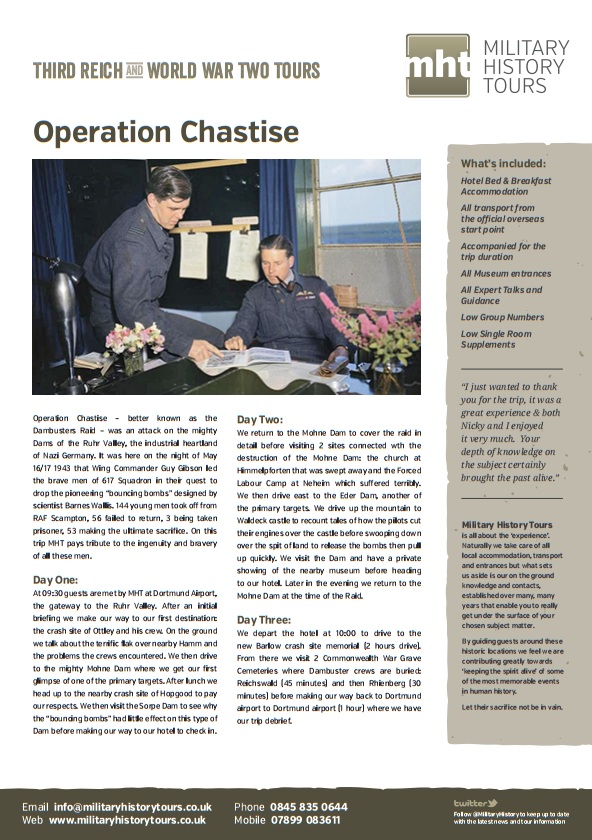