Operation Valkyrie (Operation Walküre) was an order for the Territorial Reserve Army of Germany to execute and implement in case of a general breakdown in civil order of the nation. German Army (Heer) officers, including Colonel Claus von Stauffenberg, modified the plan with the intention of using it to take control of German cities, disarm the SS, and arrest the Nazi leadership once Hitler had been assassinated in the July 20 Plot. The tour is split between Hitler’s Wolfs Lair where the bomb was detonated and Berlin itself, where the story, tragically, unfolded and where Hitler unleased his fury in the aftermath. 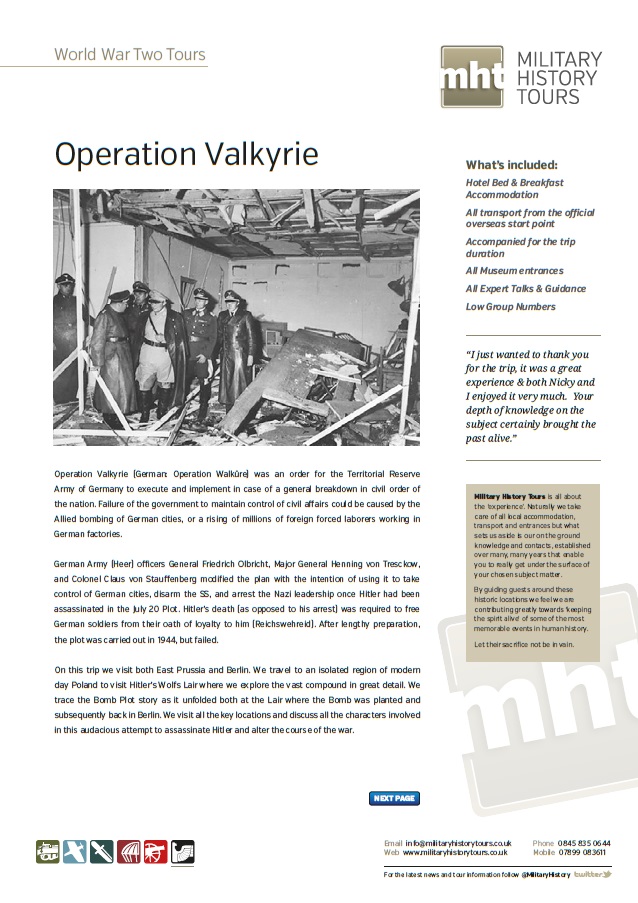