Operation Musketoon was the codeword for an Anglo-Norwegian Commando raid in the Second World War. The operation was mounted against the German-held Glomfjord Hydro Electric Power Station, pictured above, in Norway between 11–21 September 1942. The men selected were two officers and eight men from No. 2 Commando and two Norwegian corporals from the Norwegian Independent Company 1, part of the Special Operations Executive. The daring raid was highly successful and rendered the plant inoperable for the rest of the war. However, seven men were captured and executed under the new Hitler ‘Commando Order’. 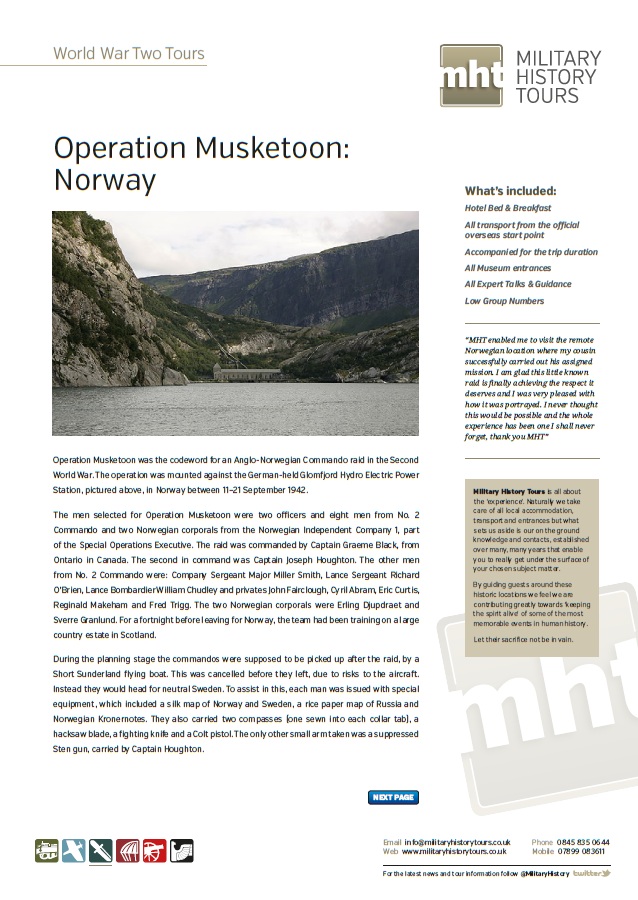