St Nazaire: The Greatest Raid of all

The St Nazaire Raid or Operation Chariot was a successful British amphibious attack on the heavily defended Normandie dry dock in German-occupied France during the WW2. The operation was undertaken by the Royal Navy and British Commandos under the auspices of Combined Operations Headquarters on 28 March 1942. It was targeted because the loss of its dry dock would force any large German warship in need of repairs, such as the Tirpitz, to return to home waters rather than having a safe haven available on the Atlantic coast. 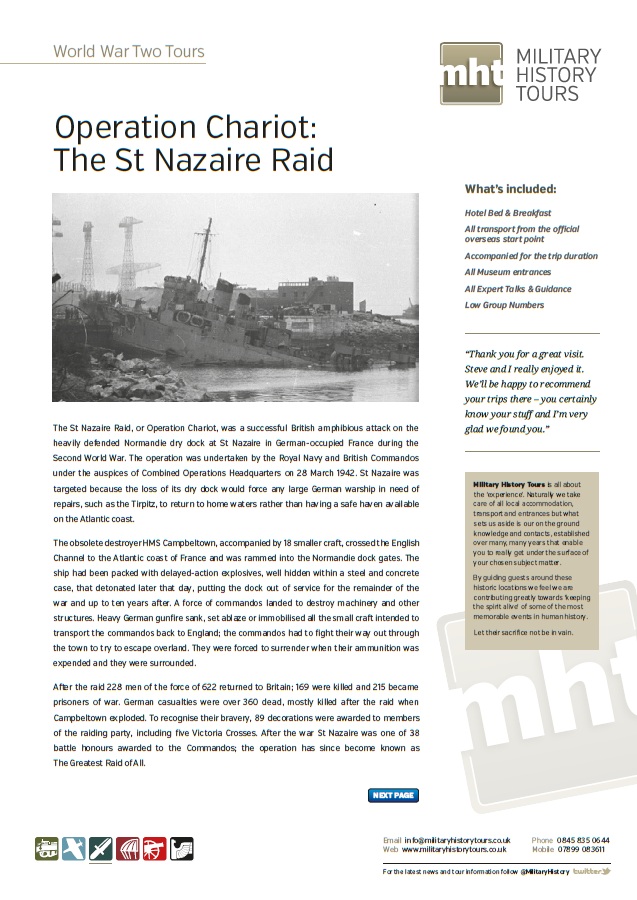