Operation Anthropoid: The Assassination of Heydrich in Prague

Operation Anthropoid was the code name for the assassination of SS-Obergruppenführer and General der Polizei Reinhard Heydrich, head of the Reichssicherheitshauptamt (Reich Main Security Office, RSHA), the combined security services of Nazi Germany, and acting Reichsprotektor of the Protectorate of Bohemia and Moravia. It was carried out in Prague on 27 May 1942 after having been prepared by the British Special Operations Executive with the approval of the Czechoslovak government-in-exile. Wounded in the attack, Heydrich died of his injuries on 4 June 1942. His death led to a wave of merciless reprisals by the Germans, including the destruction of villages and the killing of civilians. 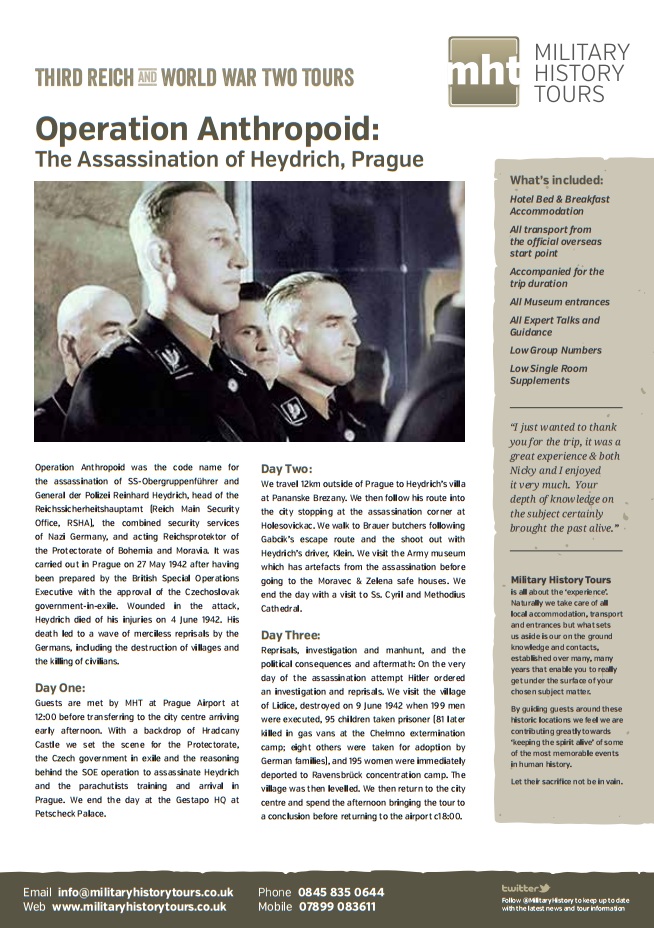