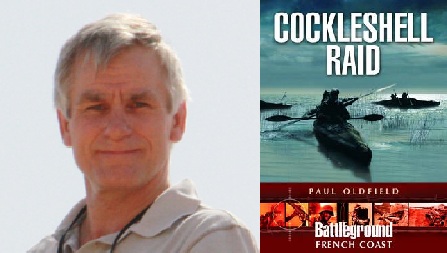 Operation FRANKTON, “…the outstanding commando raid of the war…”, according to a German officer, is an extraordinary story of a small group of determined men achieving what thousands could not. Twelve set out, but only two returned having completed the operation. They were led by a fascinating character, Blondie Haslar, a man of many talents, not least the vision and foresight to overcome seemingly insurmountable problems. It was his concept, energy and drive that ensured the operation succeeded. FRANKTON is the stuff of legends and the capabilities that Haslar and his team developed, live on to this day in the Special Boat Service of the Royal Marines.

I read CE Lucas-Phillips Cockleshell Heroes when I was about 12 years old. It gripped me. The sheer audacity of it was breathtaking. They canoed over 100 miles through hostile waters to sink five enemy long-range cargo ships, then walked 100 miles through German occupied France before escaping through Spain to Britain. It sounds like the plot of an all-action Hollywood film, but it actually happened.

When the opportunity arose to write ŒCockleshell Raid¹ in the Pen & Sword Battleground Europe series, I jumped at it. Actually seeing the sites on the ground gives perspective and understanding that no amount of armchair reading can ever provide. It doesn¹t matter how many times I go there, but following the route of the Cockleshell Heroes never fails to thrill.