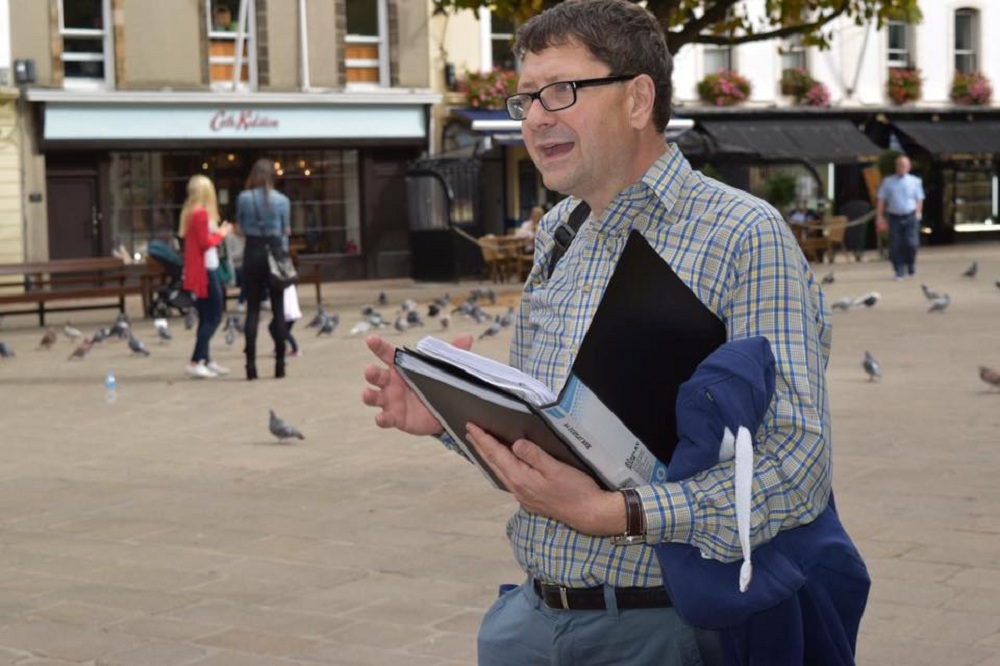 As well as being the Military Historian leading several of the tours Nigel’s key role in the development off MHT’s relationship with it’s guests outside of the trips themselves and with our industry partners.

Building on Nigel’s role as the Distribution Director of a London Insurance company he has been developing MHT’s relationship with our industry friends to add value to our guests experiences with MHT. Over recent months we have forged relationships with Airfix, Pen & Sword, Helion Publishing and King & Country collectibles and are currently working on other interesting connections all of which benefit our guests. We have created the MHT Club which has two levels of membership, the Old Contemptibles who go on one or more trips a year and The Irregulars who go on three or more. The level of membership denotes the level of discount received at the above partners as well as invitations to events and experiences in the UK which guests would otherwise not be able to gain access to.

Nigel’s interest in military history started whilst at school on a trip to Maiden castle. Over the years, this passion has continued to grow and he has now made around 40 trips across Europe to study battlefield and military history related sites, in fact there aren’t many places that Nigel hasn’t been!

He has an interest in most periods of history but his special interests are WW2 and in particular the German Army (especially Operation Barbarossa) and the Occupation of the Channel Islands and the battles in Normandy in 1944. Nigel is also interested in Roman history and Napoleon.

Nigel is married and lives in Romford. When not travelling or reading books related to military history he is very involved in a number of local community and voluntary groups, a keen football fan (well Arsenal…), a supporter of Middlesex County Cricket Club and an avid follower and student of American politics.