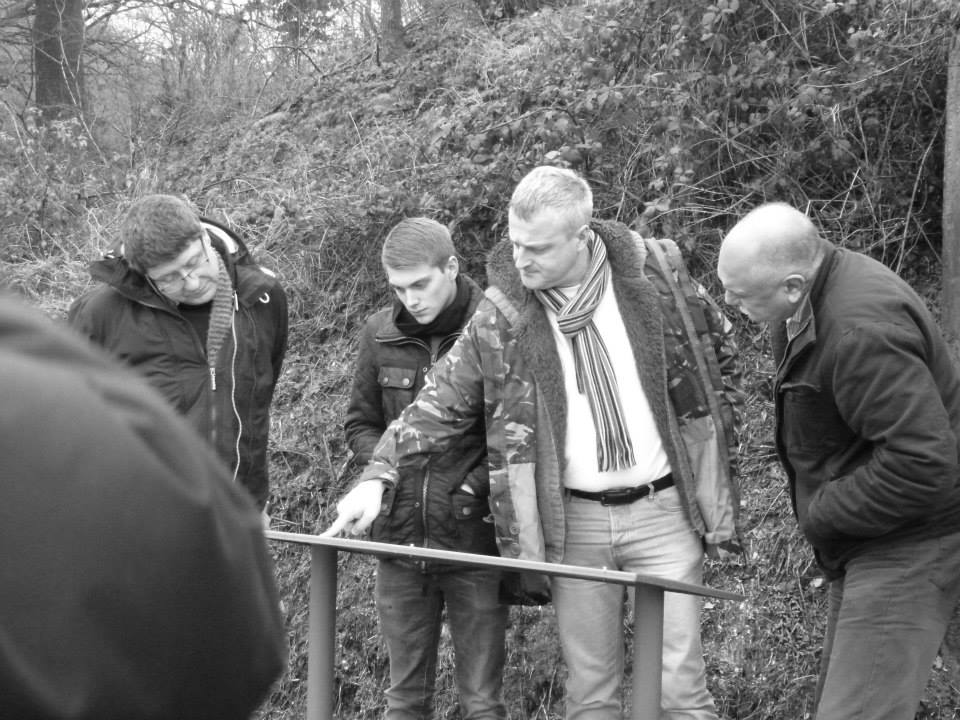 On tour in the Ardennes for the Battle of the Bulge

Mike’s keen (obsessive) interest in military history goes back to when he saw the iconic ‘World at War’ series in the mid-1970s as a young boy. Being the son of a serving soldier at the time; Mike can’t remember a time when he wasn’t interested in all things military.

Mike was privileged to come into contact with a number of Second World War veterans whilst he was growing up; and listening to their recollections of their war experiences further kindled his interest in the 1939-45 war. Rather oddly by comparison; he became interested in the Great War when, as local Round Table Chairman, he was ‘kidnapped’ and taken for a weekend away to Ypres. This experience had a profound impact on him and Mike is and has been an active member of the Thames Valley Western Front  Association for many years as a direct consequence of that trip. Mike is also a Director of a Great War education charity based near Aldershot.

His major areas of ongoing study are Germany in the 1930s and the Shoah. From a campaign perspective; he remains fixated on the Evacuation at Dunkirk and the Fall of France in 1940; and all things in the British and Canadian sectors in Normandy following D Day 1944 – all as seen from the German, rather than the Allied perspective. He recently bought a house near Falaise which will be a base for walking the battlefields of Normandy and carrying out more research ‘on the ground’ there.

A chance decision in 2013 to finally take a guided tour (rather than doing it himself) led him to MHT and a very special trip to Colditz Castle. He hasn’t looked back and is passionate about the way MHT conducts its tours and is able to offer accessible trips to those who equally share his deep-rooted interest in ‘keeping the spirit’ alive. As a new Director, he is hoping to play a ‘hands-on’ role in helping MHT develop its portfolio of trips and to not only attract those who share his passion; but also continue to make the MHT experience one that equally appeals to those with a general military interest as MHT enters a very exciting phase in developing further trips that educate, commemorate and help to explain key military history events that are still relevant today.

Oh, and did he mention that the camaraderie and fun on the trips is second to none?

Mike is a Commercial Director at one of the countries largest organisations.

Mike lives in Reading and has three grown-up children (who have also caught the ‘MHT bug’).