Operation Musketoon was the codeword for an Anglo-Norwegian raid in the Second World War. The operation was mounted against the German-held Glomfjord power plant in Norway between 11–21 September 1942.

The men selected for Operation Musketoon were two officers and eight men from No. 2 Commando and two Norwegian corporals from the Norwegian Independent Company 1, part of the Special Operations Executive. The raid was commanded by Captain Graeme Black, from Ontario in Canada. The second in command was Captain Joseph Houghton. The other men from No. 2 Commando were: Company Sergeant Major Miller Smith, Lance Sergeant Richard O’Brien, Lance Bombardier William Chudley and privates John Fairclough, Cyril Abram, Eric Curtis, Reginald Makeham and Fred Trigg. The two Norwegian corporals were Erling Djupdraet and Sverre Granlund. For a fortnight before leaving for Norway, the team had been training on a large country estate in Scotland. During the planning stage the commandos were supposed to be picked up after the raid, by a Short Sunderland flying boat. This was cancelled before they left, due to risks to the aircraft. Instead they would head for neutral Sweden. To assist in this, each man was issued with special equipment, which included a silk map of Norway and Sweden, a rice paper map of Russia and Norwegian Kronernotes. They also carried two compasses (one sewn into each collar tab), a hacksaw blade, a fighting knife and a Colt pistol. The only other small armtaken was a suppressed Sten gun, carried by Captain Houghton.

Crossing the North Sea by submarine, on arrival in Norway they successfully attacked and sufficiently damaged the plant; it remained inoperative for the remainder of the war.

To evade German search parties, the commandos split into two groups. One group of four men safely reached Sweden and were eventually repatriated back to the United Kingdom. The second group were captured; one man died of his wounds and the other seven were taken to Germany, interrogated and then executed at Sachsenhausen concentration camp. 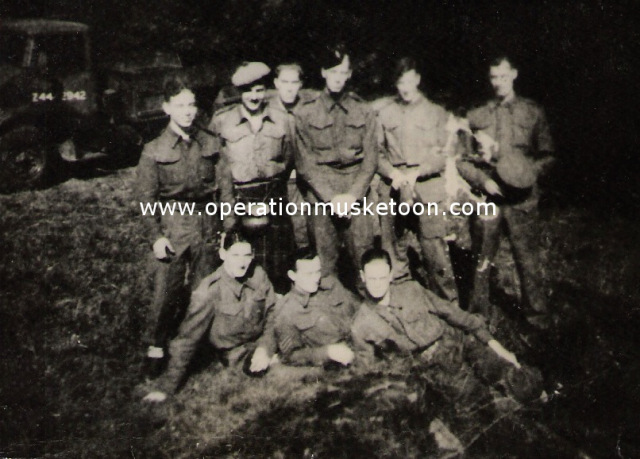